Home Portfolio About me shop

If you have comments or inquiries:

Born in Germany, I am a biologist by education and a photographer by passion. At January 2015, I decided to “go public” with my photography. Since then, I had my photographs selected for various exhibitions and awards.

As a biologist and a nature photographer, I try to document those tiny elements present in our everyday nature environment, which often pass unperceived, and which may get a new bearing when taken out of their natural context. I am especially fascinated by water, a medium in constant movement, which can take an unlimited number of shapes and colours depending on wind conditions, on the angle of incidence of the sunlight, and on the colour and structure of the ground. By this, water creates unceasingly artistic master pieces that, however, mostly are too small and too short-lived to be admired during a walk at the beach. My photography aims at capturing these master pieces by freezing the moment in a close-up picture, in order to allow the beholder to admire this abstract expressionist art created by nature. My compositions show a naturalistic description of the object, but are put in an abstract context by means of selection, magnification and delimitation. 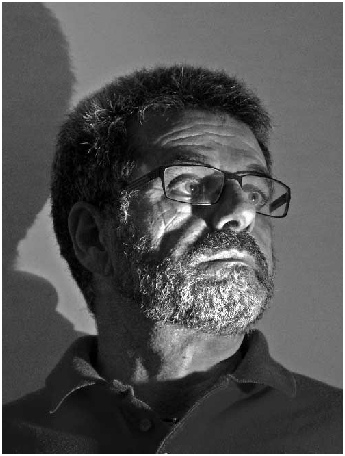 Pictures from a liquid world

Water can be vital and destructive. Seeing and hearing the murmur of a fountain may give peace to the soul, but it is horrifying to see the destructions caused by a tsunami.

But we all agree that water is an element in constant move, a never stopping liquid flow of energy.

But what happens if one tries to freeze water in its movement? We see it sometimes in nature documentary series like the “Blue Planet”, when a camera captures a waterfall in slow-motion. That is beautiful and impressing, but the cameraman takes it from a scientific standpoint, not an artistic one. And the latter is exactly the take of what Steffen Faisst is doing. The educated biologist Steffen Faisst engages himself in art photography, and he does this with such a success, that he has been awarded with a number of international art and photography prizes. And this is easily understood when looking at his pictures.

Everybody can walk at a beach, a lakefront or a riverbank and take pictures. However, it requires a trained eye and an artist vision to take the right capture. A capture that is perfectly balanced in terms of color and composition. And Steffen Faisst can do this. Look for example to his series “Splashes”, capturing the foam ejected by breaking waves. The results are impressive. The photographs look like abstract impressionist compositions, and could have been created by a Jackson Pollock, a Henry Michaux or a Cy Twombly. Informal, spontaneous paintings, where the artist leads the brush in one energetic stroke over the canvas. However, here, it is Nature that has created these masterpieces. And continues to create them without ceasing, without anyone noticing. Steffen Faisst isn’t a painter, but has an artist’s eye allowing him to find the split second in which the foamy water takes precisely that pattern and form that makes the beholder to break out: awesome.

In another series, “Minute waves”, Steffen Faisst emphasizes tiny waves breaking at the shore. Color is the focus of this series. Color and the fact that the human brain finds figures in everything it sees. We know this from discovering dragons, dogs and faces in clouds in the sky. In “minute waves”, Steffen Faisst presents us eyes, amphitheaters and crossroads. All formed by random graphical patterns created by waves and captured in the right moment. But colors dominate this series. Colors originating from the glow of the sun, the green or brown colors of sea weed, or the billions of color shades of the small sea pebbles on the ground. As for the other series, it takes a trained eye and a sense for esthetics to find the ideal moment to hit the trigger. Or in other words, it requires an artist’s eye to create these beautiful pictures, and Steffen Faisst apparently has one.

In a series called “Water surfaces”, Steffen Faisst presents his abstract photographs, which sometimes resemble aerial photographs. Photographs capturing waves marching in well-ordered horizontal patterns remind of paintings of a Mark Rothko, Gerhard Richter or Poul Gernes. Other pictures show the more chaotic aspect of the surface of waves, creating more dynamic and abrupt patterns that may resemble the hectic registrations of a seismograph, or graceful choreographic dancing steps. This is also indicated by Steffen Faisst by the titles he has given to his pictures. Also here, the photographs shine in many beautiful color hues, from ultramarine blue over golden to silver-gray.

All photographs demonstrate a sense for picture composition, a feeling for color and an esthetical sensation, lifting them over those, most of us take with a camera. One needs to think and watch like an artist to present us with these photographs. With his pictures, Steffen Faisst opens our eyes for the beauty of nature. And for this he is not using motifs as used by the tourist industry, post cards and posters, but all places, where water can be found. May it be lakes, rivers or oceans. Everywhere.